Astell&Kern’s portable digital audio players, like the AK100 or the flagship AK240, are fantastic piece of music players, not to mention quite very expensive as well. The AK DAP series are popular specially amongst the music lovers or audiophiles, but not many get to own one simply because of the high price. Well not anymore. Asterll&Kern recently released a new high resolution portable player that is said to be “The Starting Point of Music” – the AK Jr. The AK Jr is the slimmest amongst the AK series and is also the most affordable todate, around £399 or $499. Since the new AK Jr is an entry level high resolution player, it doesn’t have the powerful features that the AK240 or AK100II have, but it doesn’t mean that the AK Jr won’t satisfy your ears.

Astell&Kern’s latest high resolution portable audio player, the AK Jr, still features that “Astell&Kern gorgeous look and feel design”. The Jr, however, is thinner and lighter compared to its bigger brothers. It’s only 8.9mm thin at its thickest points and weighs 93 grams. Its body is made out of aluminum with patterned print on the back, and it has a volume wheel located on the right side for a one-handed operation.

The AK Jr features Wolfson WM8740 single DAC chip inside that supports 24bit/192kHz bit to bit decoding. It has an increased 1.95 VRMS and reduced output impedance of 2 Ohms, compared to the previous AK100. It also supports DSD player via DSD to PCM conversion. It can also function as a DAC or an external sound card when you connect your PC/Mac via USB connection. 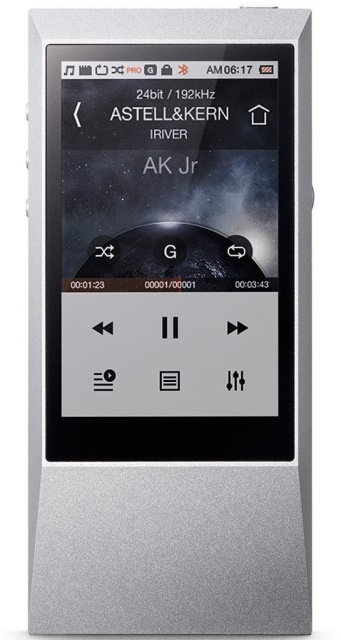 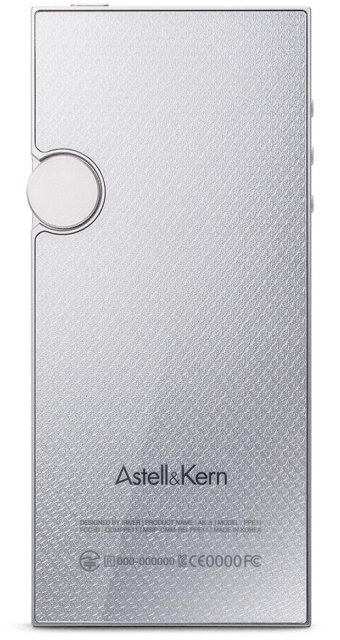 The AK Jr features a 3.1-inch WQVGA 240×400 resolution touchscreen display, that I hope will look good in real life. Thank God it has touchscreen! Touchscreen displays are very handy nowadays and it’s like a norm or given in gadgets or mobile devices.

It supports major music files like WAV, FLAC, WMA, MP3, and other high resolution audio formats like OGG, APE(Normal, High, Fast), AAC, ALAC, AIFF, DFF, and DSF. It comes with a 64GB internal memory and is expandable up to 64GB of memory via a microSD card, giving you a total of 128GB maximum storage capacity. Do note that actual usable capacity is lower.

According to the company, the “AK Jr supports many various types of earphones and headphones, a separate amplifier is unnecessary.” But you can’t keep audiophiles from pairing it with their favorite amplifiers. It also comes with Bluetooth V4.0 technology, meaning you can pair the AK Jr with a Bluetooth speaker or headphone.

You can check the rest of the features and specifications from the table below.

Like I said earlier, the AK Jr is said to have a suggested retail price of $499 or £399. It is also expected to become available starting mid-May onwards.