Today we take a look into four different drones, or quadcopters; each offering a different set of features, performance, capability and price range. These drones are the DJI Mavic Pro, GoPro Karma, Yuneec Breeze and Parrot Bebop 2. The first two drones are newly released compared to the two latter. The DJI Mavic Pro is the more expensive among the four drones, retailed at $999; followed by the GoPro Karma at $799, then the Parrot Bebop 2 (FPV) at $549 to $699, and finally the Yuneec Breeze at $499. These drones are built for personal use, specially when you are doing some outdoor activities or recreational activities; like walking, biking, trekking, climbing and etc. Let’s compare these four drones based on their respective set of features and specifications, and find out which is the better quadcopter drone for your specific needs.

The DJI Mavic Pro, GoPro Karma, Yuneec Breeze and Parrot Bebop 2 somehow look similar. All have four legs in an “X” like pattern and four propellers, thus “quadcopter”. However, these four drones vary in size and weight. The Mavic Pro and Karma can be folded to fit in a smaller bag or compartment. The Breeze and Bebop 2 on the other hand are non-retractable and no way to fold or make them smaller.

The biggest amongst the four drones is actually the GoPro Karma, even when in folded mode, it is still longer and larger compared to the Mavic Pro. The Karma has a dimension of 117mm x 411mm x 303mm (HxWxL) when opened and weighs 1006 grams. Meanwhile, the Mavic Pro measures 83mm x 83mm x 192mm when folded and its diagonal size increases to 335m when unfolded. The Mavic Pro also weighs 743grams including the gimbal cover. 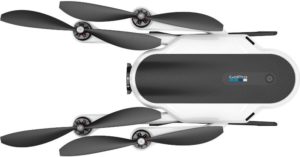 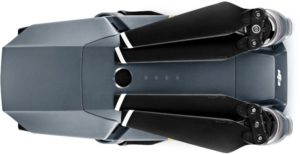 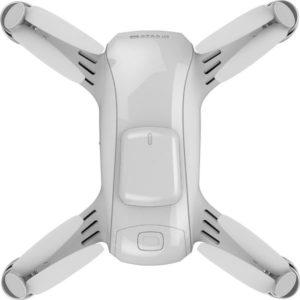 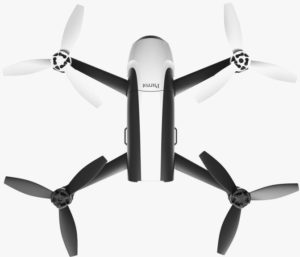 The GoPro Karma and DJI Mavic Pro are on another level, higher level actually. The Karma can go as far as 9,840ft or around 3,000 meters, with a maximum speed of 35mph (15 m/s) and a maximum flight altitude of 10,500 feet or 3,200 meters. The Mavic Pro is faster and can cover more distance. It can go up to 40mph or 65 kph in Sport mode without wind resistance; a maximum ascent speed of 5 m/s and a maximum descent speed of 3 m/s. Finally the Mavic Pro has a maximum service ceiling (above sea level) of 5000m. 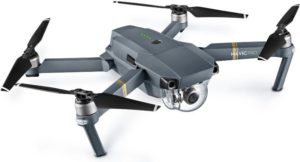 All three drones (the Breeze, Bebop 2 and Mavic) have built in camera. Only the GoPro Karma requires an additional camera to be attached, which is the GoPro Hero. However all seems to be capable of capturing full HD videos (4K for some) and still images, the only question that we can’t answer (for now) is which one has the better video/image quality. 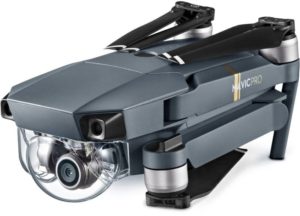 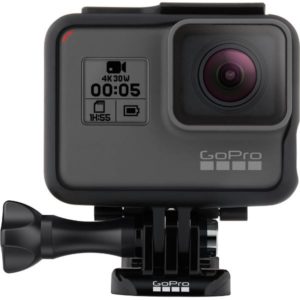 The Parrot Bebop 2 is built with 14 megapixel CMOS sensor and is capable of capturing full HD (1920×1080) videos at 30fps and still images with a resolution of 4096 x 3072 pixels. Next is Yuneec Breeze which is capable of recording 4K UHD videos (3840 x 2160) and still images of 4160 x 3120 pixels. The DJI Mavic Pro has more photo and video capture capabilities compared to the Breeze and Bebop 2. The Mavic Pro has a 12.35 megapixel camera sensor and is capable of capturing up to 4000×3000 still images and up to 4096×2160 (C4K) video format. C4K is slightly larger than 4K UHD. The Mavic Pro can also record full HD videos up to 96fps and HD videos up to 120fps. As for the GoPro Karma, it really depends on what GoPro camera you install with it. It doesn’t have a built in camera like most of the drones in the market. Instead you can attach a GoPro Hero 4 or Hero 5 Black or Hero 5 Session with the Karma. This design has both pros and cons depending on the situation; and this actually makes the Karma a more expensive solution than the Mavic Pro. 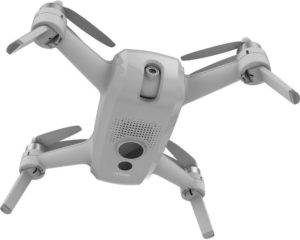 Connectivity and The Drones’ Controllers 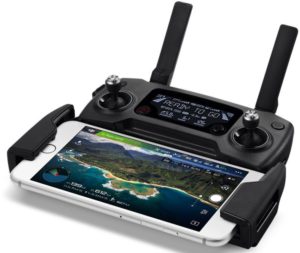 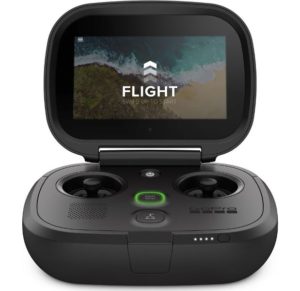 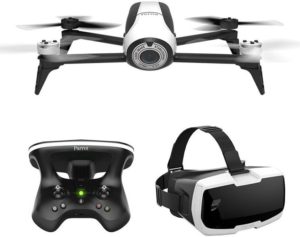 In terms of connectivity, all drones are connected via WiFi connectivity. Both the Mavic Pro and Bebop 2 have an operating frequency of 2.4G and 5G. Not sure with the Karma and Yuneec Breeze though.

Basically, all drones mentioned hear have one common feature, and that’s to capture/record photos and videos. But they also have their unique set of features. For example, The DJI Mavic Pro has GPS and Vision Position-Based Navigation, FlightAutonomy with Obstacle Detection, DJI GO App-Based Control and Monitoring, ActiveTrack Subject Tracking Modes and Tap and Gesture-Based Commands, and more. The GoPro Karma doesn’t have a built-in camera, and it’s a unique feature since you can use a compatible external camera together with the Karma. It also features One-Touch Takeoff and Landing, Selfie, Cable Cam, Orbit Flight Modes, Built-In No-Fly Zones, Automatic Return Home and more.

The Yuneec Breeze, although somewhat limited with the set of features compared to the other three drones, has Selfie Mode, Orbit, and Journey Modes, “Follow Me” Subject-Tracking Mode Pilot Mode for Manual Flying, Indoor / Outdoor Positioning System and Optical Flow and IR Sensors. Last but not the least, the Parrot Bebop 2 also has a Follow me mode and GPS and visual tracking. Also it’s the only drone here that lets you control the Bebop 2 on a first person view.

You can check out more of their features by watching their respective videos below.

At the time this article was published, the DJI Mavic Pro has a retail price of around $999 followed by the GoPro Karma with a retail price of $799 or $1,100 with the Hero 5 Black and another $300 for the Karma Controller. The Parrot Bebop 2 retails for around $425, or $650 for the Bebop 2 with the Parrot Skycontroller 2 and Cockpit glasses. Finally the Yuneec Breeze retails for around $499. You can check the live pricing and availability below.

NOTE: The Federal Aviation Administration requires registration of many drones flown in the US, for hobby or commercial purposes.

So what do you think guys? Which drone or quadcopter do you think is best for your needs? Personally, I am leaning towards the DJI Mavic Pro. Flight performance, battery life, portability and overall cost is better. I’m not quite impressed with the GoPro Karma and considering that total setup cost would be more expensive than the Mavic Pro. Meanwhile, the Yuneec Breeze and Parrot Bebop 2 sounds like a good option amognst the four for those who are on a budget.