iFi Audio recently released their latest portable DAC / AMP – the iFi audio xCAN. The xCAN looks very similar with the iFi xDSD, also a portable DAC / AMP, but its “little brother” offers something that the xDSD doesn’t have. The iFi xCAN offers Bluetooth connectivity and at the same time Balanced output, aside from the typical 3.5mm singled ended headphone output. However, unlike the xDSD, the xCAN has limitations on what format it supports and they also differ on the DAC chip used. The iFi xCAN is designed for users who have wireless headphones and/or use balanced connection with their headphone or IEMs. The iFi xCAN is listed on Amazon here. It’s a $100 cheaper than the xDSD and comes with a manufacturer’s suggested retail price of $299 USD. More details below. 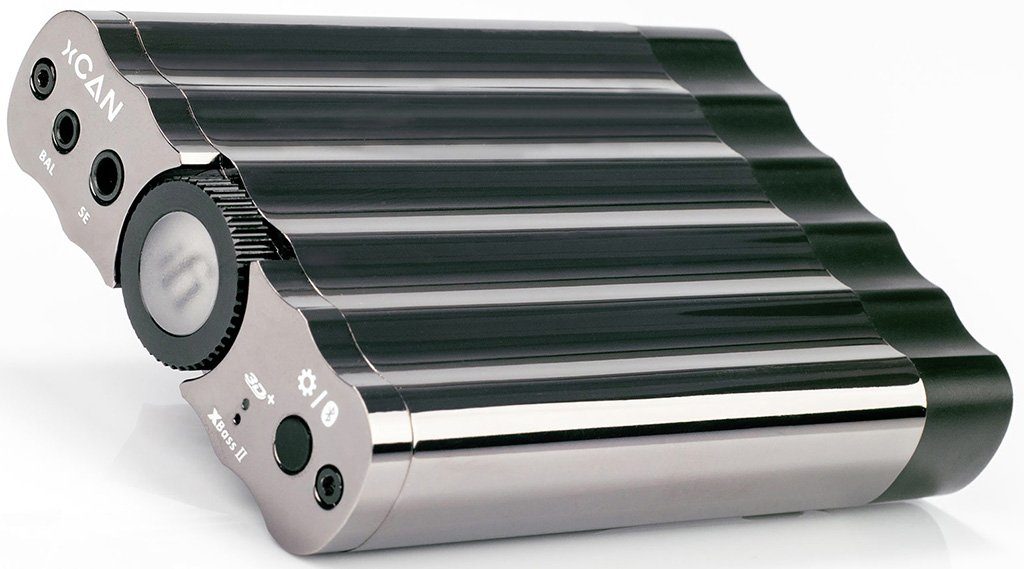 The new iFi audio xCAN is basically a portable DAC/AMP that features wireless Bluetooth connection and a balanced output for those who are rocking a 2.5mm TRRS balanced connection. It’s capable of storing up to 8 Bluetooth devices at once, and can deliver 1000mW of power per channel. It has a built-in aptX and AAC Hi-Res streaming via Bluetooth to ensure top notch audio quality.

According to the company the iFi xCAN replaces two of their products; namely the iCAN SE and iCAN Nano. At the heart of the xCAN is an ESS Sabre DAC with time domain jitter eliminator. iFi hasn’t disclosed what specific ESS Sabre DAC chip they used. It’s not powered with a Burr Brown DAC unlike the iDSD BL and xDSD variants; so expect that sound signature is quite different from its bigger brothers.

The ESS Sabre DAC is partnered with a dual-mono headphone amplifier with 1000mW of power per channel. This can literally support both 32 ohm headphones and 600 ohm headphones. The xCAN offers balanced in/out to take full advantage of the growing availability of balanced sources and headphones. The 2.5mm balanced headphone jack means that the xCAN can be used to boost the amplification of high-end DAPs.

The iFi xCAN also features Advanced Analogue Signal Process or ASP, 3D+ and xBassII headphone optimization circuits for added sound effects. The 3D+ gives you that “3D” effect putting the performer on the stage; while the xBassII corrects the headphone’s bass response to deliver a more natural sound to the midrange frequencies.

The volume control is pure analogue that would enable the xCAN to retain full-resolution at all volume levels. It’s also packed with a 2200mAh Lithium-Polymer battery that is said to last up to 6 to 8 hours of play time. 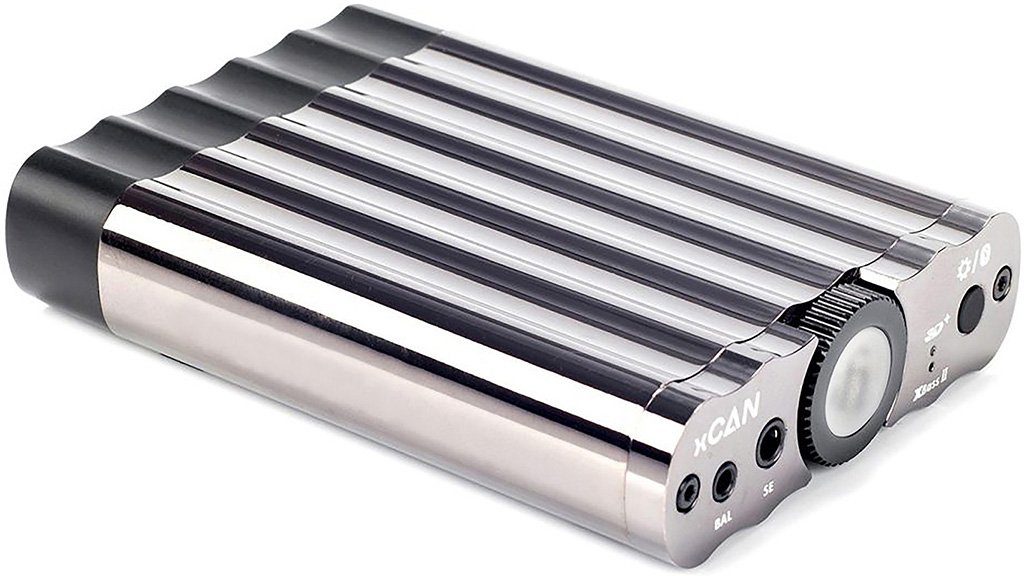 iFi Audio xCAN Additional Features:
Dynamic range
And by this we don’t just mean the music! Not only can the xCAN be used as a powerful headphone amplifier with smartphones, computers and DAPs, it can also be used at home with your smart TV.

Smart Thinking
Imagine the scenario. It’s late at night and you feel like watching a film or firing up the Xbox but you don’t want to disturb your other half. Your headphones don’t quite reach from your smart TV to your bed or comfortable place on the sofa.

The xCAN is the answer. Pair the xCAN with your smart TV via Bluetooth, plug your headphones into the xCAN at your side and you are good to go. No more untidy wires! Or problems with short cables!

Power boost
Got a digital audio player? While the DACs in most high-end DAPs are more than worthy of doing the job, their inbuilt headphone amplifiers often fall short as they lack in power. Give them the boost they deserve with the xCAN. With a 1000mW of power per channel, the difference is there to be heard. Match our power with your player for the perfect combo.

Phone freedom
Not happy with your smartphone’s amplification but don’t want wires getting in the way? Simple – plug your headphones into the xCAN, pair it with your phone and pop it into your pocket. No more wires. You are free to use your phone as you wish – to text, to take selfies or to finish that annoying game of Candy Crush – all while listing to your favorite hi-res tunes.

Sonic boom
With a pure analogue volume control retaining full-resolution at all volume levels, the xCAN is a significant sonic step up for all smartphones, DAPs computers and TVs.

The 3D+® and XBassⅡ® functions bring both sensitivity and power and the listener will feel the music and lyrics flowing around the room. And it delivers high-end audio quality from both Balanced and S-Balanced outputs. 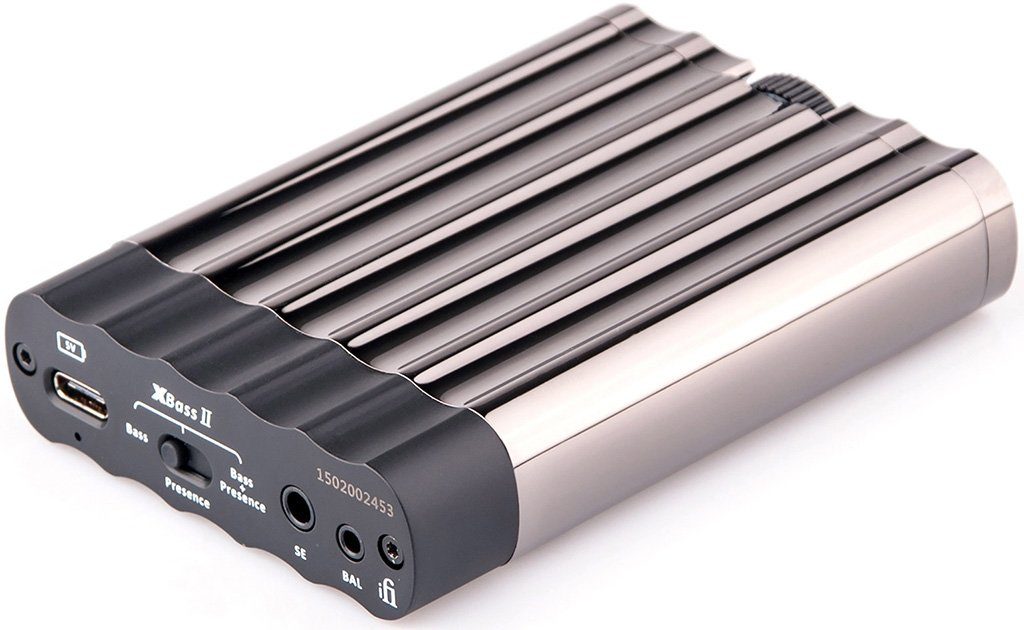 The iFi audio xCAN is now available and comes with a manufacturer’s suggested retail price of $299 USD or €349/£299 (incl VAT). On the other hand the iFi xDSD is already available for a few months already, and comes with an MSRP of $399. You can check out their latest pricing and availability below.