Panasonic recently released a new micro four thirds mirrorless camera that is capable of capturing stunning 4K videos. The new camera is none other than the Panasonic Lumix DMC-GX85 (or DMC-GX80 for outside US). The Panasonic GX85 features a 16 megapixels Live MOS sensor (with no AA filter) that is capable of capturing still images at 10 fps shooting rate with AF-S and up to ISO 25600. It’s also capable of shooting 4K UHD videos at 30/24 fps. The GX85 also features a new 5-axis in-body sensor stabilizer that works with LUMIX 2-axis optically stabilized lenses in video and still captures modes using class-leading Dual Image Stabilization. The company also redesigned the shutter mechanism to reduce blur from shutter shock. The new Panasonic Lumix DMC-GX85 retails for $799.99 and it’s available to (pre)order at Amazon.com here. Below is the full press release detailing the features of the new Panasonic GX85 and its specifications. There are also videos below for those who prefer to watch instead of reading.

Panasonic is proud to introduce a new Mirrorless Interchangeable Lens Camera, the LUMIX DMC-GX85 (GX85) for camera enthusiasts or anyone looking for an alternative to bulky DSLRs, that delivers lighter, more intelligent, uncompromising results. Nearly half the size of most DSLRs, the GX85 delivers impressive large sensor performance in the most compact camera system ever designed by Panasonic LUMIX. Thanks to the elimination of the low pass filter, its fine detail resolving power is boosted nearly 10% over previous 16-Megapixel sensors. 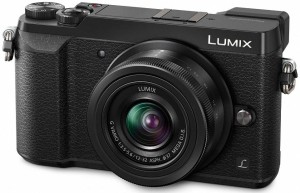 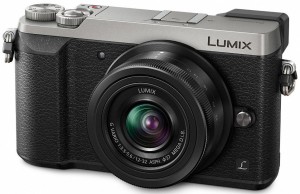 The 16.0-megapixel Digital Live MOS Sensor without a Low Pass filter and the new Venus Engine combine to achieve crisp, high resolution images in detail with high contrast, impressive color reproduction. The LUMIX GX85 adopts a new electromagnetic drive in the shutter unit. The shock caused by the movement of shutter diaphragm is dramatically reduced and the shutter sound is also minimized. The Contrast AF System features DFD (Depth From Defocus) technology and excels in both speed and accuracy by exchanging the digital signal between the camera and the lens at max. 240 fps, resulting in ultra-fast auto focusing of approx. 0.07 sec*. A variety of extensive AF functions including Face/Eye Detection AF, Pinpoint AF, One-shot AF and advanced Low Light AF enhance usability to comply with wide-ranging shooting situations.

The GX85 integrates a LVF (Live View Finder) with 2764K-dot equivalent high resolution and approx. 100% color reproduction*. This 16:9 Wide Screen LVF boasts approx.1.39x / 0.7x (35mm camera equiv.) magnification and 100% field of view. The new 3.0-inch large, approx.1040K-dot high resolution static-type touch monitor with approx. 100% of field of view tilts up by 80-degrees and down by 45-degrees which enables shooting at either high or low angle even easier.

For even more creative photography, the LUMIX GX85 integrates the new L.Monochrome mode in Photo Style that offers impressive monochrome capture with rich gradation comparable to that of B/W film. Focus Bracket and Aperture Bracket are also new additions to conventional Exposure Bracket and WB Brackets that allow users to choose the best shot later. Thanks to its Wi-Fi® connectivity, users can connect the camera to their smartphone / tablet to expand the flexibility in shooting/storing/sharing images. 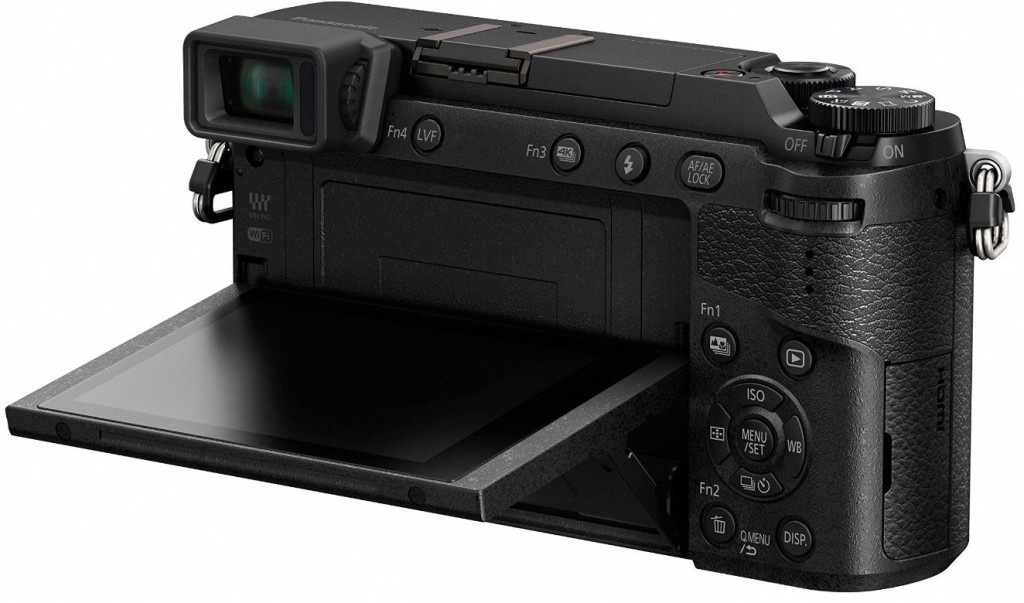 1. 4K capability bringing the evolution in videography/photography – 4K video and 4K PHOTO
Taking advantage of the high speed signal readout capability of the sensor and high speed signal processing, the LUMIX GX85 is capable of recording 4K video. Despite its high performance, it boasts superior energy efficiency and the size is kept compact for high mobility. The LUMIX GX85 records stunningly smooth, high-resolution 4K video in 3840 x 2160 at 30p or 24p in addition to the full-HD 1,920 x 1,080 60p (60 Hz) videos with practical full-time AF.

Thanks to this 4K technology, users can enjoy 4K PHOTO which users can capture the fleeting photo opportunities at 30 fps by extracting the most appealing frame. Three exclusive modes are available to choose from depending on the situation; 4K Burst, 4K Burst (Start/Stop) and 4K Pre-burst. All these function in 4K PHOTO enable saving pictures in 8-megapixel equivalent high resolution.

The LUMIX GX85 comes with the Post Focus function that enables users to select an in-focus area even after shooting. You can get multiple shots with different focus points with a single shutter release to choose from. It is helpful in situations such as macro shooting where severe focusing is required or for changing expressions by changing focused subject. This function has been developed by combining the DFD (Depth From Defocus) auto focus technology that enables measuring the distance to the subject and the 4K technology. Operation is quite simple and easy – just shoot an image in a Post Focus mode and touch on the point where you want to set focus while playing it back.

In addition, the LUMIX GX85 incorporates the Light Composition function as a new option of 4K PHOTO mode. The camera synthesizes the images by choosing and saving a brighter pixel. This makes it possible to produce a more luxurious, dramatic image of situations such as fireworks or night scenery in camera with ease.

The LUMIX GX85 also enables 4K Live Cropping in video that yields stable panning or zooming while video recording. In panning shots, you can just set the viewing angle to start and end to get smooth panning imagery without using special equipment such as a slider. When zooming, you can set the after-zoomed viewing angle first, so that the subject can fit perfectly in the frame. Thanks to the digital operation, the imagery of zooming is smooth because it does not physically move the zoom lens. 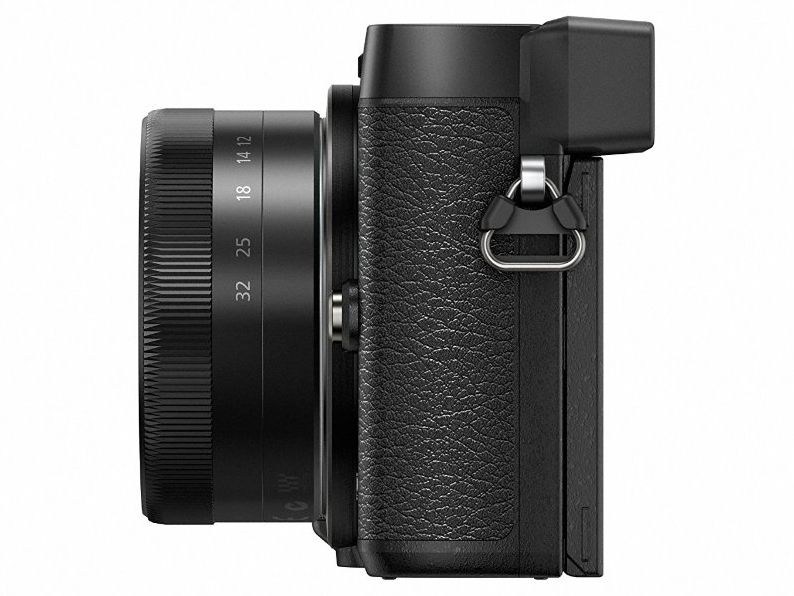 The 5-axis Dual I.S. works in both photo and motion picture recording including 4K video. Panasonic LUMIX G DSLM (Digital Single Lens Mirrorless) Cameras offer a wide variety of digital interchangeable lenses and most of them will comply with this 5-axis dual I.S. in LUMIX GX85*2 and the B.I.S. compensates for the camera movement even when a lens without O.I.S. is used.

3. The high image quality with real-to-life detail and impressive color reproduction
The LUMIX GX85 lets users shoot vibrant, true-to-life high quality images with excellent resolution, high contrast and impressive color reproduction. Removing the Low Pass Filter, the limiting resolution is improved by approx.10%* while detecting high frequency components to suppress generation of moiré by the Venus Engine, is designed for the GX85.The Venus Engine reproduces vibrant, impressive color such as clear sky by dividing hue, saturation, and luminosity, and finely adjusts them separately. Taking advantage of this fine tuning capability, LUMIX GX85 enables users to choose a preset of contrast, sharpness, saturation and noise reduction as they choose according to the shooting subject in Photo Style. Notably, L Monochrome is a new option added to the Photo Style, making it possible to shoot impressive monochrome photo with deep black and rich gradation like that of B/W film.

The combination of the Digital Live MOS Sensor and the Venus Engine achieves clear image rendering with minimum noise even in low-lit situations and at max. ISO 25,600.

The LUMIX GX85 adopts an electromagnetic drive in the shutter unit. The shock caused by the movement of shutter diaphragm is dramatically reduced by approx.90% in comparison with a conventional spring-powered shutter units. 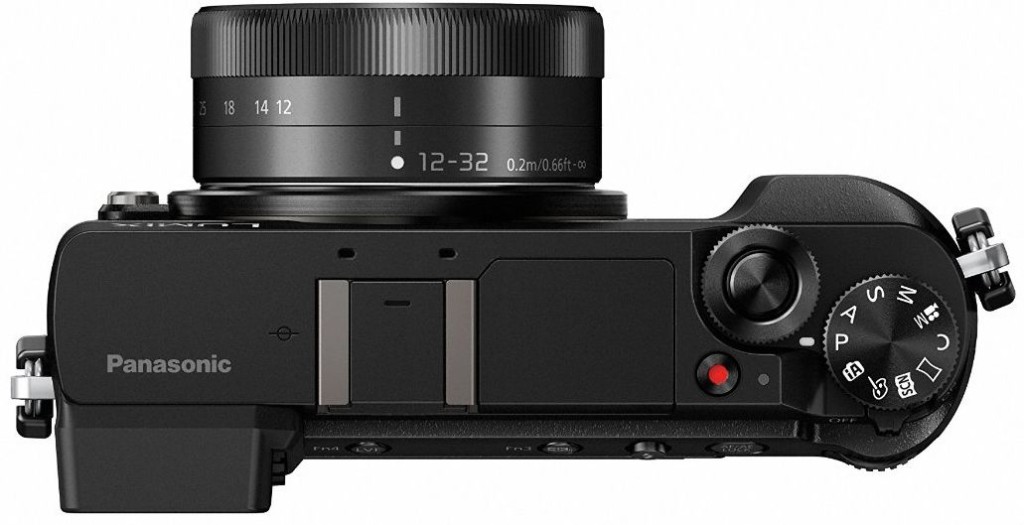 4. High speed response and practical AF/MF options
The Contrast AF in theGX85 achieves even higher speed and higher precision focusing with digital signal communication at max. 240 fps. Furthermore, the DFD (Depth From Defocus) technology*1 calculates the distance to the subject by evaluating 2 images with different sharpness level while consulting the data of optical characteristics of the current lens. As a result, the GX85 achieves ultra-high speed AF of approx.0.07 sec*2 and high speed burst shooting at 8 fps (AFS) / 6 fps (AFC) to capture fast moving subject in-focus.

The Low Light AF makes it possible to set focus on the subject more precisely even without AF assist lamp in extremely low-lit situations to -4EV, which is as dark as moonlight. Plus, the GX85 integrates Starlight AF which allows users to shoot a star in the sky at night with auto focus. This can be achieved by accurate calculation of contrast value in a smaller AF zone.

A total of 49 focus detection areas offers more flexible composition together with Custom Multi AF mode in which users can freely select the blocks to focus out of the 49 in the focusing area. In addition to the conventional Face Recognition AF, the GX85 incorporates Face / Eye Detection AF which automatically sets focus right on the eye of human face. With the Pinpoint AF, users can magnify the target area to set precise focus.

5. Intuitive control for operational comfort
The GX85 integrates a LVF (Live View Finder) with 2764K-dot equivalent high resolution and approx.100% color reproduction*. This 16:9 Wide Screen LVF boasts approx.1.39x / 0.7x (35mm camera equiv.) magnification and 100% field of view. It comes with the Eye Sensor and the Eye Sensor AF and starts auto focusing by just looking into the LVF not to miss the shooting opportunity.

The 3.0-inch large, approx.1040K-dot high resolution static-type touch monitor has approx. 100% of field of view. It tilts up by 80-degrees and down by 45-degrees which enables shooting in either high or low angle even easier.

To further enhance the controllability, the GX85 comes with thick, solid grip for stable holding even in one hand. The front/rear dual dial system enables direct setting – for example, users can adjust white balance with a front dial and set ISO with a rear dial while choosing the shutter speed or seeing the noise effect, which is helpful in complex lighting situations. 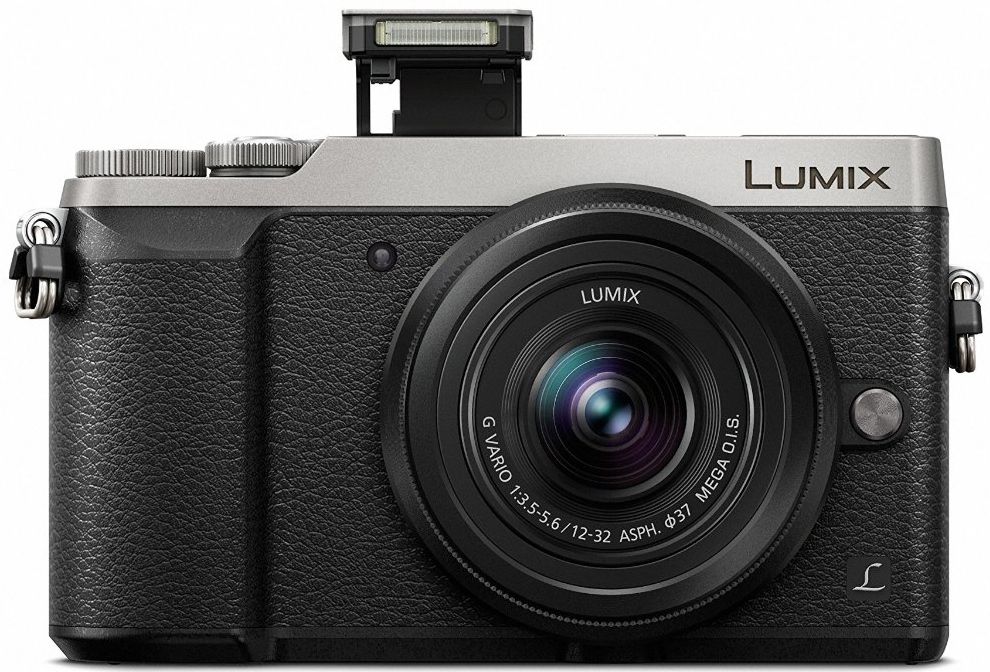 The GX85 integrates a variety of artistic functions that adds fun to digital photography. The popular Creative Control mode features a total of 22 filter options. The effect parameter of each mode is also adjustable. Now it is possible to apply one of these filters even in P/A/S/M mode. Users can combine a favorable setting and filter to make specific effect.. Also theGX85 is capable of taking pictures “with” and “without” filter effect simultaneously, so that users can compare them and choose later.

Panasonic GX85 Price and Where to Buy

The Panasonic Lumix DMC-GX85 4K mirrorless camera is now available to order at Amazon.com here, and currently retails for $797.99. The camera will start shipping on May 20, 2016. Aside from the GX85, Panasonic also released a small and compact wireless flash with up 90 degree bounce angle – the Panasonic DMC-FL200L that retails for $299.99.