Shanling recently announced their new flagship portable DAP – the Shanling M6 Android Hi-Res music player. Now where did I heard that name before (M6)? I wish Shanling used another or better name for it, since Fiio also has a product called M6. Although Shanling’s M6 is a flagship DAP with higher-end specs. Speaking, Shanling’s M6 will run on an open Android operating system with a proprietary Music player. The unit itself will be powered by a Snapdragon SoC and at the heart of the M6’s audio section are two DACs on a dual DAC configuration. Check out more of its key specs, as well as pricing and expected availability below. 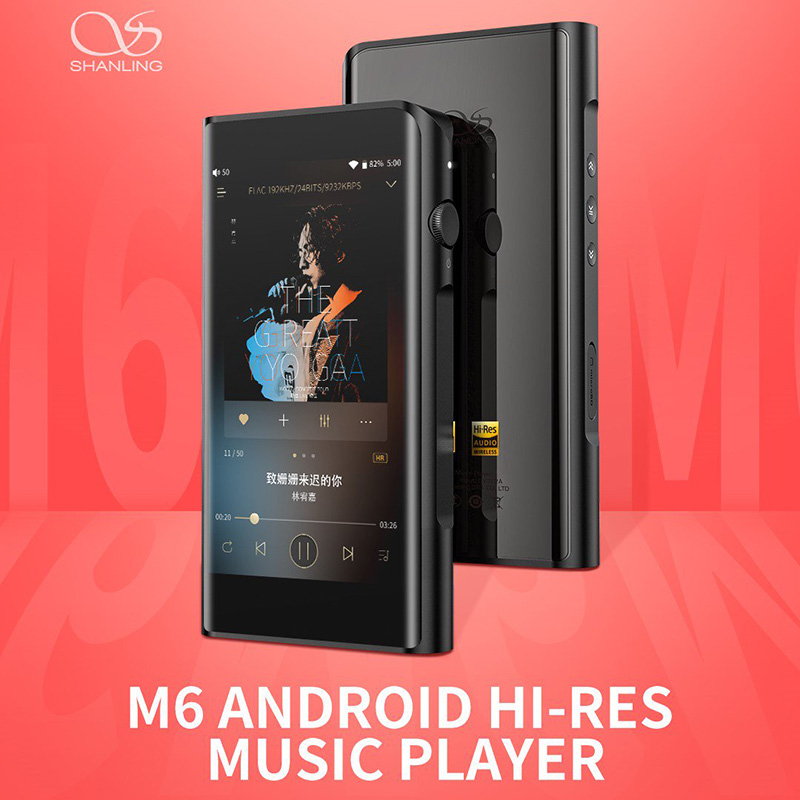 The Shanling M6 Hi-Res portable music player is the company’s first full open Android based DAP. Shanling will be using a customized of modified Android OS to avoid problems with sound degradation caused by Android’s SRC. HiBy music player is also gone and the company will be using their own Shanling music app as the default music player. However, since it’s running on open Android, third party apps are allowed to be installed as well. I’m just not certain whether Google Play is installed by default.

The M6 is powered by an octa-core Snapdragon 430 SoC and is paired with a 4GB of memory. There is a 32GB of storage (usable capacity is expected to be lower), but there is a single microSD card slot for the main storage. It features a nice 4.7-inch IPS HD display from Sharp, but there’s no mentioning if it’s a touch display or not. Well, it better be a touchscreen display otherwise I am not sure how it would turn out considering it’s running on Android.

At the heart of the Shanling M6 are two AK4495SEQ DAC chips in a dual-DAC setup. On top of that, these DACs will work together even in single-ended mode. The M6 will support up to 32bit/768kHz and up to DSD256 audio formats. It will have both 2.5mm and 4.4mm balanced connectors, and I’m guessing the good old 3.5mm unbalanced output as well. The output power are 143 mW@32ohm for the single-ended and 330 mW@32ohm for the balanced.

In terms of wireless connectivity, the Shanling M6 features Bluetooth 4.2 with support for LDAC, LHDC, aptX HD, aptX and SBC. Strangely, Shanling didn’t mention anything about WiFi connectivity, but there is a WiFi logo on the photo of the M6. So, I assume it does have WiFi connectivity. Finally, it will be powered by a 4,000 mAh battery with Quick Charge 3.0 support. Battery life is up to 12 hours for single ended and up to 9 hours for balanced. I just hope DAP manufacturers will include a charger that supports QC as well. The M6 measures 135.5mm x 68.5mm x 17mm and weighs around 220 grams.

The Shanling M6 hi-res Android DAP is expected to become available sometime during fall of 2019. It will come with a manufacturer’s suggested retail price of $499 USD/EURO. At that price range, it looks like the Shanling M6 will be competing with the iBasso DX160, HiBy R5 and FiiO’s M11 DAPs. 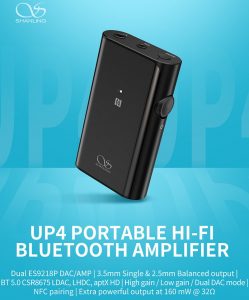 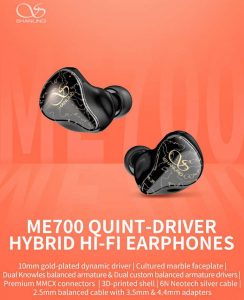 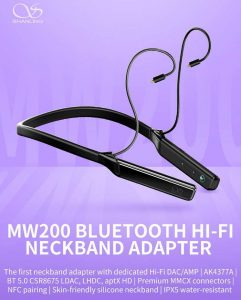 Aside from the M6 DAP, Shanling will also be releasing the Shanling UP4 balanced Bluetooth portable amplifier with Dual ES9218P DAC/AMP; the Shanling ME700 5-driver hybrid earphone and the Shanling MW200 Bluetooth neckband adapter with MMCX connectors.