Early this year, Fiio released the 3rd generation of their popular X5 mid-range DAP – the Fiio X5 3rd Gen Portable High-Res digital audio player (DAP). Gone are the circular wheel (that we now see on the X1 II and X3 II), and it now features a totally new body design, significantly improve UI and functionality and so much more. The X5 3rd gen features a dual AK4480EN DAC configuration and its operating system is powered by Android 5.1 with support for Google Play store and 3rd party applications. This is probably one of the best (if not the best) mid-range DAP on its price range. If you are interested on a new portable hi-res DAP for your on the go needs; let’s go ahead and continue reading my review of the Fiio X5 3rd gen below. 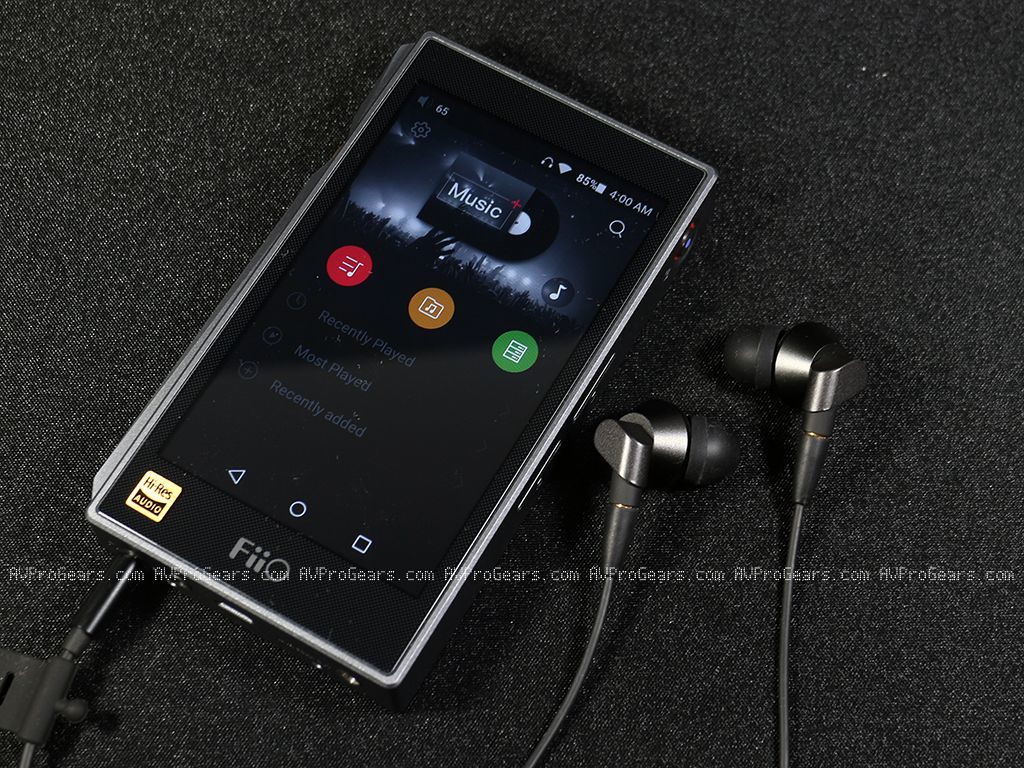 I got my Fiio X5 3rd gen around February 2017. I tested it and used it for several weeks, but I wasn’t keen enough (back then) to write my review and give a verdict. The early firmware version had some hiccups; some things don’t seem to work properly and I sometimes encounter a few bugs here and there. So I decided to wait for newer firmware versions to come out. I feel that the Fiio X5 3rd gen has the potential, it sounds good, but firmware is just buggy and I don’t want to give my final verdict since I know Fiio will iron things out with future firmware updates.

Fast forward towards the end of April and I am now using a newer firmware version. Things are definitely running better now. By the way, it’s very important to update the firmware to the latest version. You can update via OTA or download the files and load it in the X5 III. But I prefer the second option; OTA can easily be interrupted. Just to give you a quick overview of the Fiio X5 III’s feature; it has a dual DAC setup with two AK4490 DAC chips, it is powered with a Quad-core RK3188 Rochips SoC paired with a 1GB of RAM. It has a 32GB of internal storage; plus there are two microSD slots that supports up to 256GB of microSDXC each slot; it run on Android 5.1 operating system, has a 3.97″ IPS touchscreen display, and has both WiFi 2.4GHz and Bluetooth 4.0 connectivity with Qualcomm aptX support.

The 32-bit DAC supports all PCM and DSD formats with a total harmonic distortion of -112dB, 120dB signal-to-noise-ratio and supports decoding up to 32bit/768kHz. It also features two separate crystal oscillators for a significantly reduced jitter, improved clock accuracy, stable operation and no sampling rate conversion artifacts. It has one 22.5792 MHz for DSD/44.1/88.2/176.4kHz and a 24.576MHz oscillator for the 48/96/192/384kHz sampling rates. On its amplification section, the Fiio X5 3rd gen features a four-way LPF amplification. It’s built with two dual-channel OPA1642 chips for its low-pass filtering stage and two custom-made OPA426 chips for amplification. I’ll discuss more about its features as we take a closer look on the Fiio X5 3rd gen below. 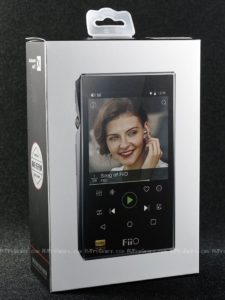 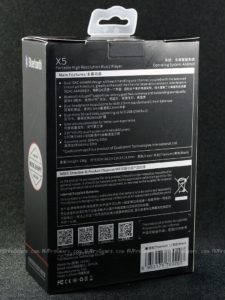 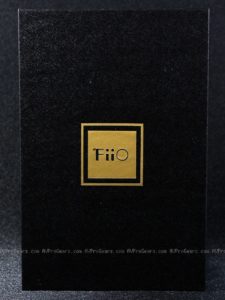 The Fiio X5 3rd gen’s packaging involves an outer (thin) box, where you can read some information about the X5 III, and the inner hard box that houses the unit itself together with its accessories. 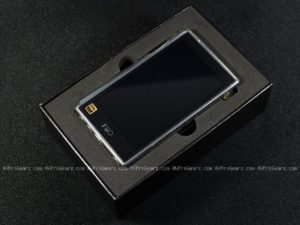 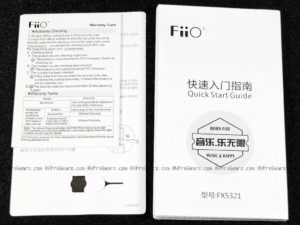 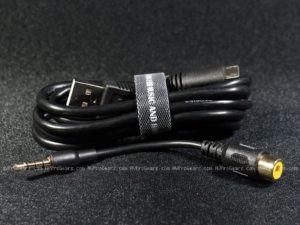 Removing the top cover of the inner box immediately reveals the Fiio X5 3rd gen; with its soft transparent silicone case already pre-installed. The box also includes some reading materials, a warranty card, a “key” to the micro SD card slot, USB cable, and a coaxial digital adapter cable. You also get a black leatherette case with red accent stiches. But wait a minute! Where are the screen protectors, you might ask? Fiio didn’t include any extra, instead a film screen protector is already pre-installed on the back of the X5 III (you only need to peel the first layer). And on the front screen display, a tempered glass screen protector is already applied when it was still in the factory. That’s very convenient! 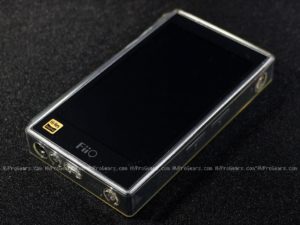 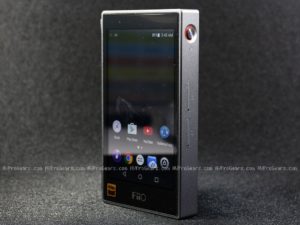 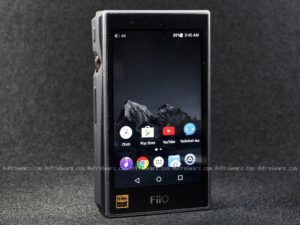 The Fiio X5 3rd gen comes in three different colors; Black, Titanium (grey) and Red. The one that I have here is the Titanium, but I prefer the red one personally. The design is pretty much unlike the previous DAP that Fiio produced. It may have a modern look like the Fiio X7, but the button layout and the body design is different from the X7. 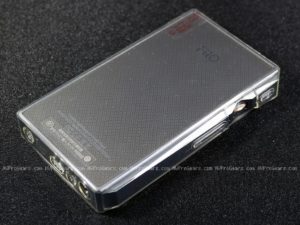 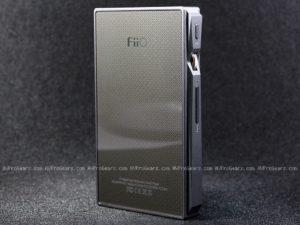 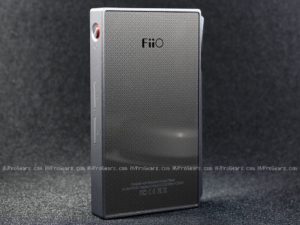 I generally prefer the look of the Fiio X5 III compared to the X7, but I’m not really a fan of the button placement or probably how the physical (side) buttons were designed, more on that later. The back has a nice star-like pattern layered with glass (more or less); it’s very elegant looking and the whole unit itself feels like a premium product.

The size of the X5 III is, I think, just right on my hand; not too big or too small. It measures 114.2mm in height, 66.2mm in width and it has a thickness of 14.8mm. It’s definitely bulky-ish compared to a smartphone, but it’s still very much pocket-able. It also has a good weight at 186 grams, not too heavy or too light. 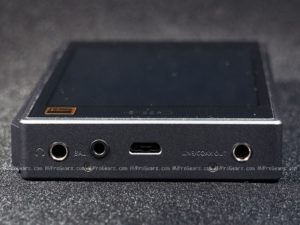 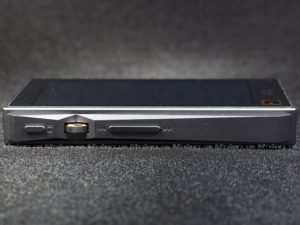 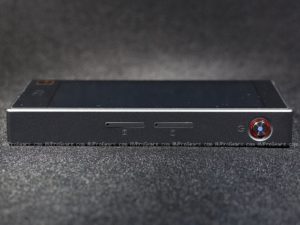 There are no buttons or input/output ports on top of the X5 3rd gen. Most are located on the sides and at the bottom. At the bottom portion, the X5 III has a standard 3.5mm single ended output, a 2.5mm balanced output that supports 4-pole plugs, a micro USB port and a line out / Coaxial out. The X5 III is missing an optical out, but I feel that the 3.5mm, 2.5mm and 3.5mm coaxial out would be sufficient enough for the many.

On the right hand side, there’s the power button with a blue LED indicator on the center; and the two micro SD card slots. I’m not entirely a fan of the smartphone-like slot for the microSD card, where you need a pin-key to open and access the micro SD card tray. It does look neat, but I would prefer a micro SD card slot where you can access the card easier without needing any tool or key.

Finally, on the left hand side are the play/pause button, the volume wheel and the back and forward (next) buttons. As I mentioned earlier, I have a bit of an issue with the buttons on this side, specially the play/pause button. It’s a very convenient location and can be accessed or pressed easily, whether your left or right handed. But the problem is, it’s very prone to accidental press. I couldn’t use it if I put it in my jean’s pocket or in my bag since the button gets accidentally pressed. Most of the time, I would place the Fiio X5 III on a table or desk; or hold it on my hand just to avoid that accidental press. I don’t mind the location of the buttons, but I hope they implemented a design that would prevent accidental press from happening; probably by making the buttons harder to press or actuate.

The low profile and recessed volume wheel is nice. It’s very easy to increase or decrease the volume and accidental scrolling of the wheel is prevented because of its recessed design. It has a nice click or tactile feeling to it as you scroll it; it almost feels like you want to push that wheel. Hmmm… I think Fiio should have integrated the play/pause button on the scroll wheel! That would have prevented the accidental press. The clicking sound is nice but I find the click sound somewhat louder and it gets a little bit annoying at some point or another.

Let’s move on to the next page for the user interface, performance and sound quality. This is where things get really interesting!