Many can’t afford to buy those high end portable digital audio players we have listed here. Well, fear not because there are a lot of more affordable and budget friendly options in the market. You don’t necessary have to pay for a hefty amount of cash to enjoy great sounding hi-fi and hi-res audio. In this article, I’m going to list the best or most recommended budget-fi or entry-level portable audio players currently available in the market. Don’t underestimate these DAPs, it doesn’t mean that just because they are priced (way) cheaper than their high end cousins, it would mean they sound worse. Well not exactly! They will not sound as good compared to the high-end or top of the line DAPs, but they still sound very good for their price. Remember, diminishing returns in audio equipment is exponential. So if you want something that is bang for buck, or value for money then you have come to the right page. The portable audio players listed below is in alphabetical order. Pick one that best fit your budget, preference and style. 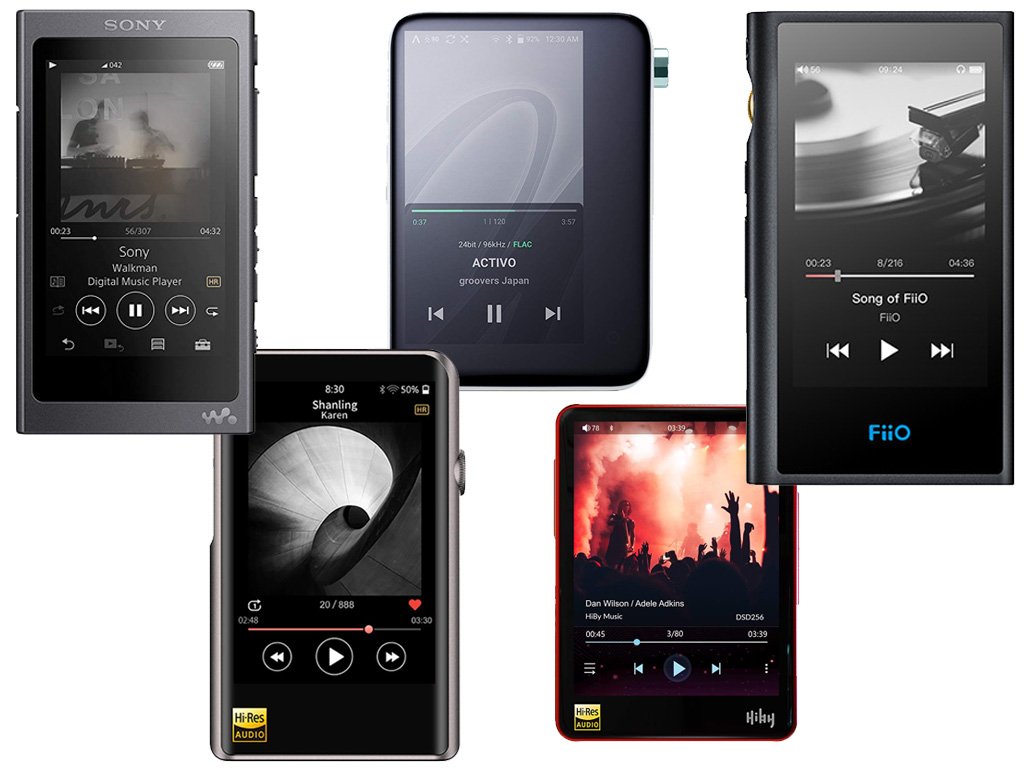 Note: Table can be swipe left to right for mobile

The Activo CT10 is a small portable music player that can play both PCM and DSD formats. This may be a new name in the audio world, but under the hood, it packs Astell&Kern’s TERATON TM200 technology. It’s module that includes a proprietary design that incorporates a clock generator, power, amplification, and high-end DAC. It also uses a Cirrus Logic CS4398 as its DAC. Like most moderns DAPs nowadays, the Activo CT10 features a touch screen display and has Bluetooth and WiFi connectivity. It also supports open App services like Tidal, Deezer, Spotify, Amazon music, SoundCloud and many more. It only has a 3.5mm headphone out, there are no balanced outputs and you only get 16GB of internal storage. But it has a single microSD slot that can support up to 400GB of microSD/microSDXC. Although it has a hard plastic shell, the ACTIVO CT10 is definitely a good portable DAP for its price. 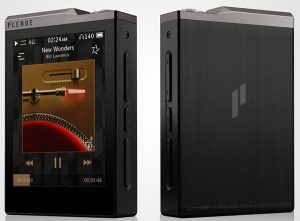 Next is the Cowon Plenue D2, this one is actually the second generation, the first one was the Plenue D. The Plenue D2 features a dual DAC setup with two CD43131 DAC chips. It supports both PCM and Native DSD formats and boast that it can play up to 45 hours of music playback. The Plenue D2 is a small DAP with a wide angle touch display. It features Cowon’s Matrix Browser, I think it’s Linux-based. It has both a 3.5mm unbalanced and 2.5mm balanced output, with a maximum output of 4.0Vrms for the balanced out. It also features Cowon’s JetEffect5 & BBE+ and has five digital filters for fine tuning. This one has a larger 64GB of internal storage plus a single microSD card. But the microSD card can only support up to 128GB of microSDXC. 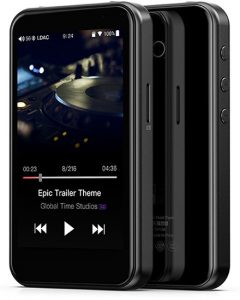 The Fiio M6 is the company’s entry-level DAP sporting a fresh and new design from their previous X-series DAPs. Their DAPs are now equipped with wireless connectivity and with streaming in mind. For starters, the Fiio M6 is powered by a Samsung Exynos 7270 SoC paired with an ES9018Q2C as its DAC. It has dual Bluetooth 4.2 and WiFi 2.4GHz connectivity. It supports LDAC, HWA, aptX and aptX HD. It features a nice 3.2″ touch screen display with a resolution of 480×800. It has 2GB of free internal storage and a single microSD card that can support up to 2TB of microSDXC (theoretically). It uses a USB 2.0 Type-C connector and a 3.5mm headphone out.

The Fiio M9 is a somewhat upper entry-level or lowed mid-range DAP. I didn’t include the M7 because the set of features and its design is a bit off. It is either you go for the M6 or the M9. Like the M6, the M9 is also powered by a Samsung Exynos 7270 SoC, but it features two AK4490EN DAC chips, in a dual DAC configuration. It features 3.5+2.5 Infinity Sound, 8 layer HDI PCB, RGB light indicator, USB DAC functionality and supports both PCM (lossy and lossless) and DSD (native) audio formats. It also has WiFi and Bluetooth 4.2 wireless connections and definitely supports music streaming. The Fiio M9 comes with a better feature set, both software side and hardware side. But it’s also two times more expensive than the M6. If you can afford this one, the M9 is definitely the better buy compared to the M6, especially if you’re after better audio experience. 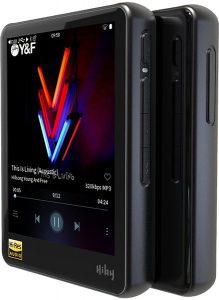 Up next is the HiBy R3, a DAP that became popular thanks to the success of its big brother the HiBy R6. The R3 is a small DAP but it’s built with impressive set of components. It features an ESS ES9028Q2M DAC chip paired with HBC3000 DSD256 capable audio controller and 8 Panasonic hi-polymer/tantalum POSCAP capacitors. Yes it supports up to DSD256 natively and even ISO DSD. It has wireless connection and supports online streaming like Tidal and Qobuz. Its Bluetooth connection supports LDAC and aptX, but no aptX HD. It can technically drive headphones from 8 to 100 Ohms and the display on this tiny device is quite impressive as well – a 3.2″ IPS panel with a resolution of 360×480. This doesn’t have an internal storage though. You’ll have to reply its single microSD slot for storage. Among the DAPs listed here, this is one of the most popular and definitely a good buy as well. 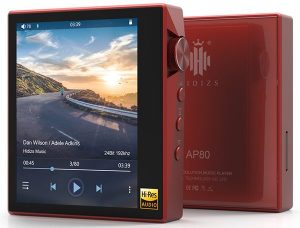 Another tiny DAP is the Hidizs AP80 that features a square-ish small form factor. The AP80 is features an ESS ES9218P DAC chip and uses HiBy 3.0 OS which is based on Linux. Interestingly, it’s capable of FM radio and supports both PCM and DSD128. It has Bluetooth 4.0 connectivity that supports aptX, but doesn’t have a WiFi connection. The Hidizs AP80 sounds like a step down compared to the HiBy R3 based on paper, it feels like just a simple dedicated ultra-portable music player. It doesn’t have an internal storage, so you’ll also have to rely on its single microSD card slot that can support up to 1TB of microSDXC. It also has one 3.5mm standard headphone out and there’s no balanced output. However, the AP80 does have a clock and step counter function thanks to its built-in pedometer. This can become useful when you’re out for a walk or jogging.

Another tiny and ultra-portable DAP is the Shanling M0. This one is even smaller than the AP80. It features a 1.54″ display and relies on pure gesture controls. It features ESS ES9218P DAC chip and can play lossless, lossy and even DSD audio formats. It has Bluetooth 4.1 wireless connectivity and support Qualcomm aptX. It doesn’t have an internal storage, and its microSD card slot can only support up to 512GB of microSDXC. Nothing much to say about this DAP, as it is very basic hi-res music player.

Up next is also from Shanling, but this time it is their new Shanling M2X. It’s bigger than the M0 but is built with more features and better sound quality. The Shanling M2X uses an AKM AK4490EN DAC chip and supports both PCM and DSD256. It has both WiFi and Bluetooth and supports Tidal Streaming. It doesn’t have an internal storage, but its single microSD card slot can support up to 2TB of microSDXC theoretically. By the way before I forget, there is now a 1TB microSDXC capacity available from SanDisk. With its Bluetooth 4.2 connection, it supports LDAC, aptX and AAC codecs. While it does have WiFi connection, it’s mainly for Tidal and OTA updates. It’s running MTouch 2.0 OS and you can’t really do browsing or watch videos with this portable DAP. 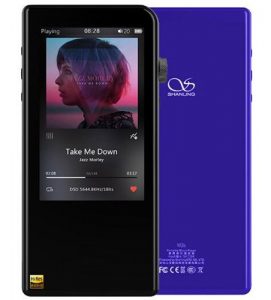 Here’s another one from Shanling as well, but this time the Shanling M3s portable DAP is no new release. It has been in the market for quite some time now. Like the M2X, the M3s is also a straight forward portable player. But it doesn’t have a WiFi or streaming support; it does have Bluetooth connection and supports aptX codec. It features two AKM AK4490 DAC chips in a dual DAC setup and supports PCM and DSD 11.2MHz natively. The downside is, since this is quite an old player, it can only support up to 256GB of microSDXC for its storage via a single microSD card slot. There is no internal storage as well. It features a 3-inch “Retina” display, but it is not a touch screen display. You’ll have to use the physical buttons and the volume wheel to navigate; or use HiBy Link wireless control. 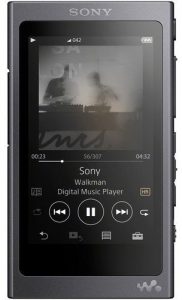 Finally, last but definitely not the least, is the Sony NW-A45 Walkman Hi-Res audio player. This product has been in the market for quite some time as well, I think 2017 if I am not mistaken. Most of the components in the Sony NW-A45 are proprietary; from its OS to the hardware and components used. It does support both PCM and DSD (via PCM); has Digital Sound Enhancement Engine HX (DSEE HX) upscaling; LDAC transmission; Bluetooth with NFC, MQA support; and a 16GB of internal memory expandable via its microSD card slot. Overall, the Sony NW-A45 is like the entry-level of Sony’s Walkman series. After this, there’s the mid-range Sony NW-ZX300 and the high-end Sony NW-WM1A and NW-WM1Z. It does feature a touch screen display and the user interface is quite easy to follow and navigate as well. Sony is a big and well-established company, and you can be sure that their products (both in software and hardware) are well-polished and mature compared to the other brands.

There you have it guys, this is my list of the top 10 best portable audio players entry-level segment. If you want to check out what’s beyond this entry-level DAPs, check out our Top 10 Best Portable Music Players For Audiophiles.