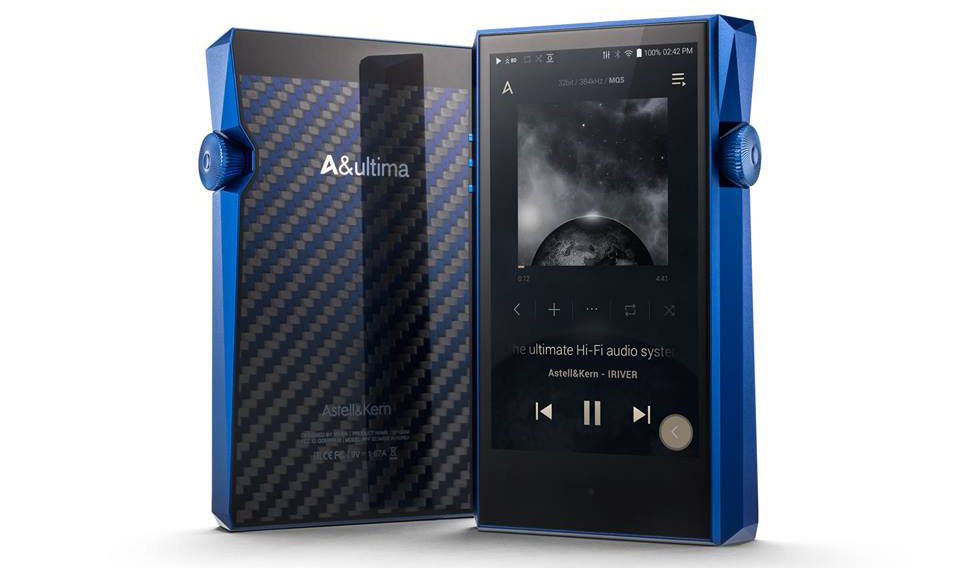 The A&Ultima SP1000M is like a trimmed-down version of the flagship SP1000. The SP1000M is still part of the AK’s flagship lineup but with a more conservative specs and features compared to the SP1000. It uses the same OCTA core SoC and dual AK4497EQ DAC setup; but the SP1000M will feature a smaller display at 4.1-inches and half the internal storage at 128GB only. The body of the SP1000M is made of Aluminum, instead of stainless steel and copper on the SP1000. Notice that the body has a Lapis Blue finish as well, to easily differentiate it from its bigger brother – the SP1000.

There are changes to the output level, SNR, THD+N and clock jitter as well. You can check the table below for that comparison. I’m guessing that the amp section on the SP1000M will be different compared to the SP1000, despite having the same dual DAC setup. More or less this will result into a (slightly) different tone or sound signature.

Astell&Kern, a global leader in portable high-resolution audio players and accessories, announces a new player in their flagship player line, the A&ultima SP1000M. The SP1000M is a smaller-sized flagship player based on the 2018 CES Best Of Innovations Award-winning SP1000 player. The new SP1000M will retail for $2,399 and will be available in the US in October 2018.

The A&ultima line of players by Astell&Kern feature the latest technology and high-end audio performance that is available in a portable player. The A&ultima SP1000M is equipped with two AK4497EQ DACs. A separate DAC (Digital to Analog Converter) is dedicated to each independent left and right audio channel, producing a wider soundstage and better stereo separation. With the addition of an Octa-Core CPU, the A&ultima SP1000M not only boots faster, but is able to process digital audio playback without lag or compromise in sound. This will provide the ultimate sound experience of any player currently on the market. Astell&Kern’s advanced audio design and signal management technologies used in the A&ultima SP1000M brings more power output with less noise and minimal distortion.

Equipped with a 4.1 inch, HD-resolution screen, the A&ultima SP1000M provides sharp images and vivid colors to display album art, music playback and player information. The redesigned, music-centric GUI that debuted on the full-sized SP1000 is also used on the SP1000M. USB Type-C 3.0 support allows data transfers that are twice as fast as other Astell&Kern players. The A&ultima SP1000 also provides 10 hours of music playback and includes support for fast charging.

New firmware will debut with the SP1000M that adds Android APK support, allowing users to install additional music streaming services to their player by simply copying and installing the corresponding APK file for the music service they wish to add.